William M. Schmidt graduated from the Henry Ford Trade School in 1940 and quickly took a job at Ford as a tool designer. During World War II, Schmidt was transferred to Ford’s Air Frame Building and eventually to the Willow Run bomber plant, where he designed tools for use in the building the B-24 bomber. Though he had never designed cars before, his tool drawings were so impressive that he was transferred to Bob Gregorie’s Design Department in 1944, where he helped design the Light Ford that later became the French Vedette. In 1947, Schmidt was named head of the Lincoln Studio, where he redesigned the 1950 and 1951 Lincolns and served as Lincoln’s chief designer until 1954. He was also instrumental in... more.

We have 3 objects that Bill Schmidt Studio has been involved with. 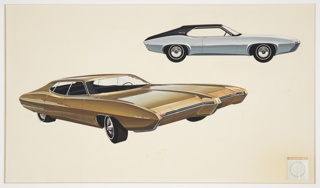 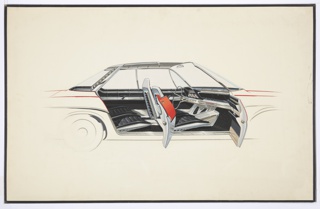 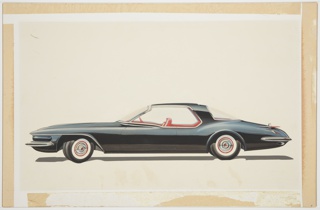