Andrew Ritchie, designer of the Brompton folding bicycle, was born in 1947 and received an Engineering degree from the University of Cambridge in 1968. Ritchie worked for a brief time as a computer programmer, and then as a self-employed landscape gardener for five years into the 1970s. During this time, he became acquainted with the Bickterton, an aluminum-frame folding bike. Ritchie asked himself what improvements he could make to a folding bike, and began designing and making crude prototypes of his own version in his flat in South Kensington, overlooking the Brompton Oratory. His early prototypes were rideable, but Ritchie was not pleased with the engineering. In 1979, Ritchie was sufficiently pleased... more.

We have 2 objects that Andrew Ritchie has been involved with. 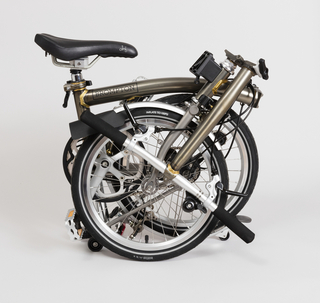 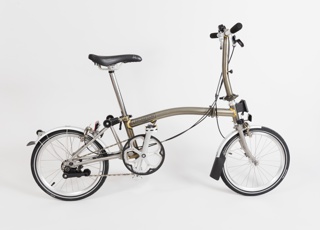