Jules-Frédéric Bouchet was an architect and engraver who began his career as a student of French architect and designer Charles Percier (1764–1838). In 1822, Bouchet obtained second prize in the Grand Prix of architecture for his design of an opera-house interior. While he lived and worked in Paris, Bouchet was enamored with Italian ruins and antiquities. After a trip to study them from 1825 to 1828, he completed twenty-seven engraved illustrations of the Maison du poète tragique `a Pomp’ei (The House of the Tragic Poet at Pompeii), one of the first major studies of a Pompeiian house. Upon his return to Paris, he was named Inspector of the Works of the Royal Library (later the Bibliothèque... more.

We have 2 objects that Jules Frédéric Bouchet has been involved with. 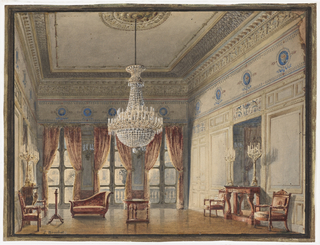 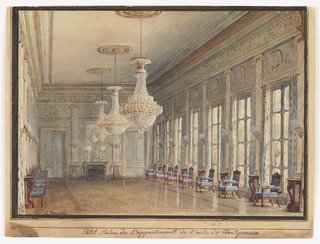