Charles Francis Annesley Voysey (1857-1941) was an English architect, furniture and textile designer. After working for various architects, including George Devey’s country-house design firm, he set up his own practice in 1881. While waiting for architectural commissions, Voysey produced wallpaper and textile designs, working under contract for companies such as Essex & Co. and Alexander Morton. In 1884 Voysey was elected to the Art Worker’s Guild, and in the same year became engaged to Mary Maria Evans. Voysey designed a house for himself and his future wife, and although the house was never built, the plans were published in the Architect (1888) which led to other commissions for small houses. While... more.

We have 2 objects that Charles Francis Annesley Voysey has been involved with. 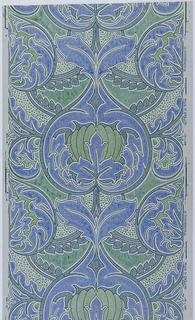 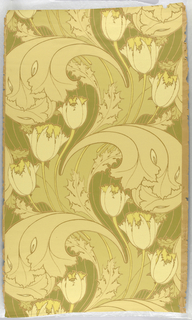 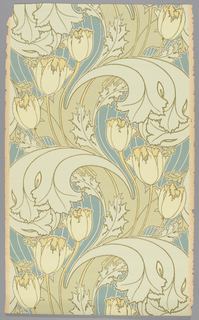