Rad Hourani creates unisex, aseasonal clothes. His genderless silhouettes eschew trends in favor of timeless appeal, using sharp lines and a clean palette with minimal embellishment. Born in Jordan, Hourani grew up in Canada before moving to Paris. He launched his eponymous unisex line in 2007 and, in 2013, became the first invited member of the Chambre Syndicale de la Haute Couture to present a unisex haute couture collection. Hourani fashions unisex garments not to subvert gender roles, but to create an equalizing canvas that emphasizes the wearer more than his or her gender identity. Straight-legged pants and shorts, and architectural jackets, tunics, and tops can be worn by women or men, confronting... more.

We have 2 objects that Rad Hourani has been involved with. 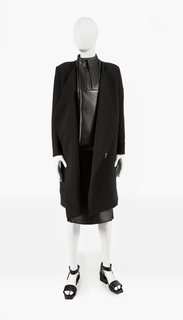 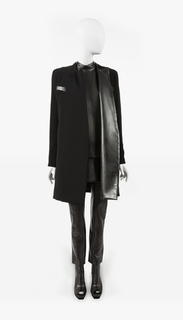