Born in 1913 in Vienna, Austria to Czechosolvakian parents, Frederick "Fritz" Siebel held dual citizenship in both countries. He attended the School of Applied Arts in Vienna studying illustration and design before immigrating to the United States in 1936. Siebel served in the United States Army during World War II, from 1941 to 1943; his family that remained in Czechosolvakia and Austria perished. Siebel worked with Paramount Pictures, illustrating posters, as well as for magazine ads and publications, including Colliers Magazine and Saturday Evening Post . In 1959 Siebel began working with Random House, illustrating children's books, including illustrating for Peggy Parish and creating the iconic Amelia... more.

We have one object that Frederick Siebel has been involved with. 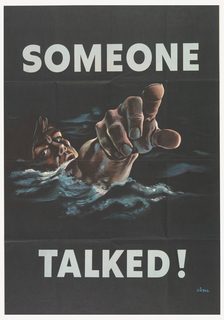