Ludwig Hohlwein was the most innovative Munich-based graphic designer of his era. Hohlwein’s bold images, high-keyed colors, and decorative fonts on uniform grounds have impacted the graphic design work of everyone from A. M. Cassandre and Jean Carlu to Herbert Matter, Joseph Binder, and Paul Rand, to name a few. Hohlwein owes his aesthetic style to a major 1898 design exhibition held at Munich’s Glaspalast that showcased the French art nouveau graphics of Jules Chéret, Henri de Toulouse-Lautrec, and Alphonse Mucha, as well as the English Arts and Crafts design team known as The Beggarstaffs, comprised of James Pryde and William Nicholson. The Beggarstaffs pioneered the use of cut colored paper to... more.

We have 2 objects that Ludwig Hohlwein has been involved with. 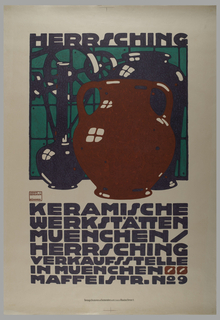 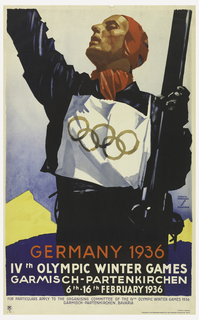