Warren McArthur studied mechanical engineering at Cornell University and graduated in 1908. He moved to Phoenix in 1913 and went into the automobile dealership business with his brother. In 1923 he designed his first pieces of furniture, made for the family compound in Arizona. He also furnished the Biltmore Hotel. In 1929 he moved to Los Angeles and in 1930 founded the Warren McArthur Corporation, which produced metal furniture of interchangeable components. In 1933 he moved to Rome, New York, where he continued to design and manufacture aluminum furnishings. He also opened a showroom on Park Avenue in New York City. During World War II he produced aluminum and magnesium seating for aircraft bombers. After... more.

We have 2 objects that Warren McArthur has been involved with. 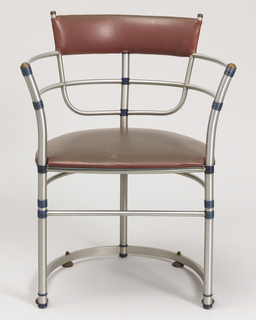 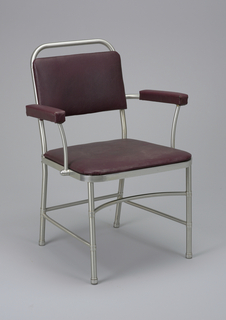